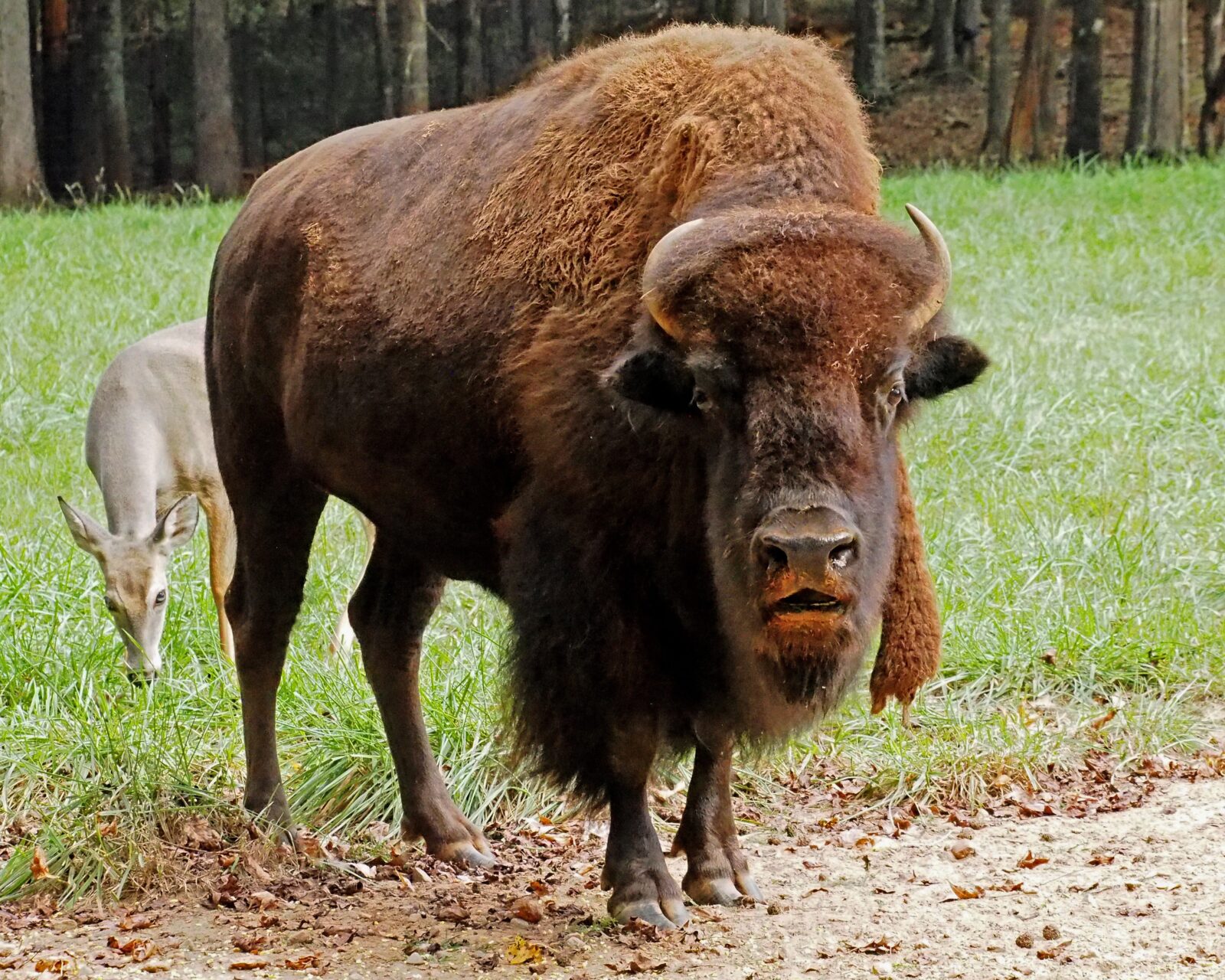 Bison, sometimes called buffalo, once roamed most of North America. In Georgia, and even in Florida, there were once woodland bison throughout the land.

These wooly creatures weigh up to 2000 pounds. They eat grasses, lichens and berries. They roll in dust to itch and remove insects and matted winter hair.

In the fifteenth century, there was an estimated 60 million bison roaming this continent. Native Americans hunted the bison and wisely used it for food, clothing, tools, weapons and rope.

In 1830, the United States government began slaughtering bison to drive out the Native Americans and by 1900, there were only 1000 bison left.

Bison were then protected and there are many thousands roaming in national parks out west.