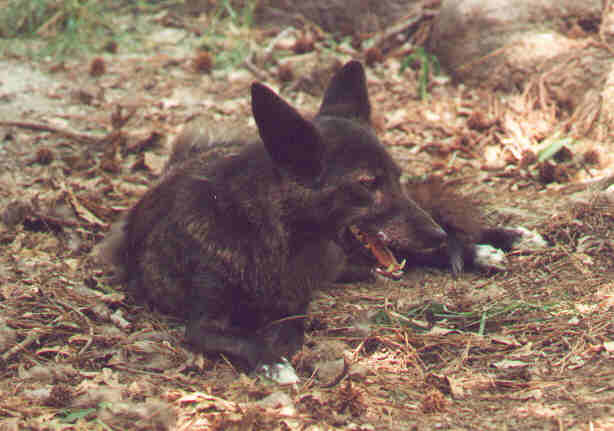 Coyotes are basically wild dogs now common in the Eastern US though native to the West.

Their scientific name means "barking dog." In the West, they howl to alert each other's location. In the East, howling is not heard very much. They bark when threatened.

Sometimes they can be seen running across a rural road or highway into a grassy field. If the tail is down, it's a coyote. A wolf keeps it's tail horizontal, while domestic dogs usually hold their tails upright.

Coyotes appear in many colorations. We have two: a typical gray/tan coyote and an unusual gray/black coyote.